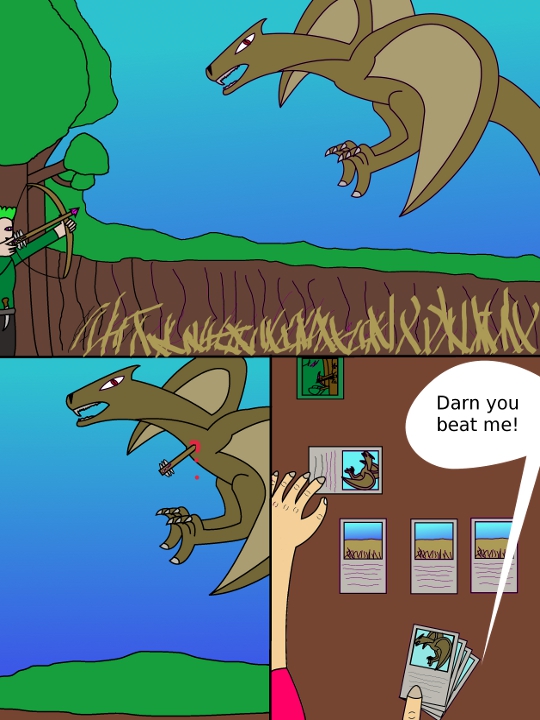 So let me preface this by saying that I have only recently gotten into Magic the Gathering thanks to my brother. Now he would be the person i would have least ever suspected to play Magic since I have never liked it or ever wanted to play. We used to play Pokemon the card game as well as Yugioh, but that was after I got him into them. Well anyway, today’s comic is about how in theory the game is really misleading. In truth this holds true for any card game dealing with battles or anything like it. With out a certain amount of imagination they boil down to just a calculating game of chance and skill. Now this isn’t to say that the games are misleading anyone but in today’s society with so much digital entertainment to consume in the form of video games on every type of device imaginable. It is surprising to see that games that rely on cards and tactics still thrive. Granted I have played Magic the Gathering on the Xbox but it just doesn’t hold a candle to the tactics needed to play the card game. I have read about the online way to play but it just doesn’t trip my trigger. If I am buying cards online I should be able to have them in my possession and stored in a digital locker. Well enjoy the comic.